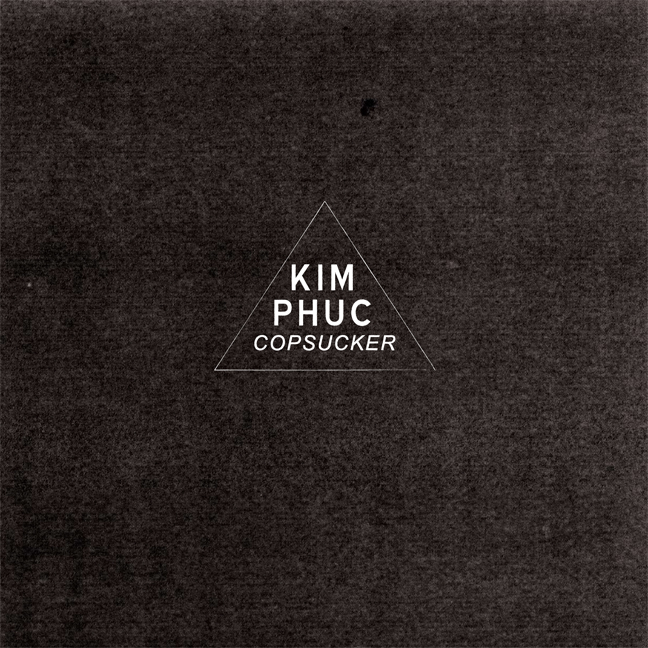 In January of 2009, I was frantically trying to figure out how write about music for the first incarnation of my website Speed of the Pittsburgh Sound. I was searching for a local band deemed worthy of my criticism (stay with me), and took to a shoddy network of MySpace pages (remember those?) looking for a subject.  Unconsciously (or maybe consciously), my writing style was in line with the angsty, pretentious detachment of the worst Pitchfork contributors, and I was pretty much convinced, beyond the first batch of bands I was exposed to from the Key Party Compilation (Lohio, Donora, Ball of Flame Shoot Fire, Shade, Meeting of Important People) that I couldn’t find a Pittsburgh band worth a damn.

Then I stumbled across “Wormwood Star” by Kim Phuc in the badlands of sparse MySpace portals. Listening to that track the first time, I honestly didn’t feel like writing a word; I felt like I wanted to do the following things in increasingly insane order: run through a goddamn wall, throw a trashcan through a store front, toss a barrage of molotov cocktails into the ground floor of some faceless corporate headquarters, and finally, start an anarchist collective with the intent of deploying vague plots of domestic terrorism against big business.

Granted, that line of thinking lasted about ten minutes, but the residual effects of the swaggering, white hot rage that radiated from that track lingered much longer. I don’t think I could have asked for a better song to soundtrack a dreary, unemployed Pittsburgh January, and “Wormwood Star” managed to sloppily cut through the bullshit of my rock critic pretensions like a rusty bandsaw. While trying to articulate an opinion on the song, and Kim Phuc in general, all I could muster to a friend of mine was this sentiment: “Dude, that song fucking destroys.”

And now, three years later, I was blown away by the fact that I saw the black, monolithic cover of Kim Phuc’s debut LP, Copsucker, released on Iron Lung Records in late 2011, sitting ominously on the display rack at Mind Cure Records in Polish Hill. The album, patched together from the slew of seven inch singles they accrued over an eight year existence, is a fantastic summary of the punk/post-punk sound lead singer Rob Henry and co. have been cultivating for the better part of a decade. And while band members have rotated over the course of Kim Phuc’s history (Henry and guitarist Ben Smartnick are the only founding members left) new additions guitarist Eli Kasan, bassist Corey Lyons and drummer Tom Payne are all Pittsburgh punk scene veterans from bands like The Mary Celeste, Forward Motion, and Aus Rotten.

With a phalanx of contributors coming from different points on the “punk” spectrum, Copsucker proves to be an eminently listenable, extremely immediate record that still manages to capture the raw energy of Kim Phuc’s intense live shows (full disclosure: seeing them perform live is not for amateurs). The metal/hardcore punk 1,2,3 punch of “Heathens,” “Prostitute” and “Black Triangle” has the group playing at their fastest and loudest, showcasing their lineage from underground heroes of yore (Black Flag, The Germs). The urgent, paranoid post-punk of “Equinox,” “23,” and “Razorblades” however provides a unique dimension to Kim Phuc’s energy: jittery but still pummeling guitar work coupled Henry’s confident songwriting and subtle ear for melody.

But the group still seems most comfortable channeling the sinister proto-punk of Raw Power-era Stooges on the lurching “Weird Skies” and the cocksure menace of “Wormwood Star.” The latter of which recieved a new coat of paint with slightly cleaner production (still not detracting from the song’s live-to-tape feeling grit) and a boost to Henry’s vocals, which illuminates some truly terrifying, Yeatsian lyrics, talking about summoning some unholy creation from the ether to terrorize the world “Second Coming” style: “I have made you from my thoughts/summoned you from the stars/set you loose to tear apart/you’re my wormwood star.”

In the end,  this batch of songs is the definitive document of one of Pittsburgh’s most revered bands. And while the production is a little tighter and the edges are a little cleaner from past releases, Copsucker is nothing less than the soundtrack to a riot, reverberating with the same unstable, white hot blast of punk fury Kim Phuc made their name on.